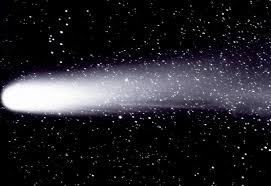 I think that the first thing that needs saying is that the purpose of this summary is to demonstrate that there is a chronological framework to the Bible that certain Fathers (certainly Theodoret of Cyrus) were aware of. We should thus not be asking ourselves whether it is historically valid but enquiring into it in a purely scientific spirit with the intention of getting to know better the elements and structures – in this case chronological – possessed by the biblical authors, both New and Old Testament and the Fathers. In particular, I’ll attempt to show that a hitherto unknown life of Jesus, with the Messiah born in 15 B.C. and dying in 35 A.D. at the age of fifty, is sustainable.

This research begins in 70 A.D. and assumes that a generation is 35 years (a hypothesis which is biblically proven by Kings because 485 years and 6 months can be calculated from the first year of David’s to the last year of Zedekiah’s reigns, while the 14 Matthew generations (Mt. 1,17) from David to Babylon number 14 x 35 = 490, an excellent approximation which makes the initial hypothesis viable).

As Jesus prophesied the destruction of Jerusalem in the last year of His life and as we know that Titus razed Jerusalem to the ground in 70 A.D., it is simple to calculate the year in which he made this prophesy, the year of his crucifixion, 35 A.D. (70-35=35).

Now on the basis of Irenaeus (Adversus Haereses Book II, chapter XXII, 5) and two verses from John (2,20-21 and 8,57) in which Jesus’s approximate age of fifty is mentioned, we can calculate his date of birth. Having calculated his death in 35 A.D. and knowing that he lived to be fifty, we can calculate that he was born in 15 B.C. (50-15=35). This date requires firm proof, however, if it is not to remain simply an opinion. Well, we know from the Gospels that the Magi followed the star in their search for Jesus. In astronomical terms, Halley’s comet passed over Judea in 12 B.C. From the gospel story (Mt. 2,16-18) we know that Herod had all children under two years of age killed having calculated that Christ could have been born two years ago. If we thus add two years to 12 B.C. we get proof of my calculation of 15 B.C. as the year of Jesus’s birth. 12+2=14 is thus our calculation and, with a margin of a few months, it is confirmed by astronomic evidence supporting the gospel text. It is important to note that Halley does not simply confirm the date of birth but the whole calculation that Jesus lived to fifty years of age.

Now all we need to do is to find a source which has used this life of Jesus. Let’s have a look at Theodoret and his Commentary on Daniel which is precisely what we’re looking for. Theodoret writes that 69 of the 70 weeks in the prophesy pass between baptism to the XXth year of Artaxerxes. 483 years go by, that is. If the crucifixion was in 35 A.D., Jesus’s baptism must have been in 32 B.C. with a few months leeway, assuming the standard 3/4 years of public ministry. All we need to do then is to take the 483 years prophesied by Daniel and referred to by Theodoret from 32 A.D. and trace the XXth year of Artaxerxes. Here, however, we need to digress a moment.

The first year of the reign of this king has been dated by historians to between 465 and 475 B.C. The exegesis dates it to 465 B.C. with the result that all Theodoret’s calculations are off by 10 years. Practically speaking, the exegesis affirms that Theodoret was wrong.

My dating, on the other hand, puts the first year of Artaxerxes’s reign at 471 B.C. (precisely within the 465-475 B.C. range suggested by historians). It is important to remember here that, in the biblical framework in my possession, I have always used 471 B.C. as the first year of reign (I used it in calculating the year the priests returned to Jerusalem to rebuild the temple and for the calculation of the XXth year of Artaxerxes for the return of Nehemiah for the task of rebuilding the walls). Thus, not only is it a date which is entirely acceptable to historians, but it is also in perfect accordance with a chronological context which begins in 70 A.D. and continues to David. We need to be very clear what we are asking. 471 B.C. remained the same every time I needed to calculate starting from the first year of Artaxerxes’s reign. This is extremely important because it means that, even if the accuracy and coherence of my calculations ever slipped, the Bible knew 471 B.C. and no other date. It is thus not a coincidence that in Theodoret too, the sums add up.

Let’s return to our subject and calculate the XXth year of Artaxerxes from the starting point of 32 A.D., the year of Jesus’s baptism: 483-32=451 which is the XXth year of Artaxerxes because 451+20=471, that is 471 B.C. which was the first year of Artaxerxes’s reign in both biblical and historically sustainable terms. A 32 A.D. year of baptism means that Theodoret knew the 15 B.C. – 35 A.D. life of Jesus because otherwise this accuracy would be inexplicable (32 A.D. baptism + 3 and a half years of ministry = 35 A.D. crucifixion), an accuracy which the exegetists, calculating the baptism in 28 A.D. and the first year of Artaxerxes’s reign in 465 B.C, have not attained with the result that they are obliged to charge a Father of the Church with a calculation error of 10 years, a chronological void.

If I had calculated 471 B.C. as the first year of Artaxerxes’s reign ad hoc, my argument would have been acceptable only to the extent that it falls within the range suggested by the historians (465-475 B.C.). But I have always used 471 B.C. for my calculations at all times, have never been obliged to approximate and everything has always remained in accordance with, or even better than, the suggestions of historians who have been forced into total absurdities such as that which requires that the walls of Jerusalem were built literally in 52 days!

I hope that I have been clear and have demonstrated that the hypothesis of a fifty year old Jesus who was born in 15 B.C. and died in 35 A.D. is confirmed astronomically (Halley and the calculations linked to it), in the Fathers (Theodoret) and in an entire chronological journey which starts in 70 A.D. and continues to David in a perfectly whole and indispensable life.