I hope that this brief study will throw light on a conceptually extremely simple issue the discussion of which has been dragging on for centuries. To date, studies carried out on the synchronisms between Judah and Israel present in Kings 1-2, have been based on the calculations done by the authors of these books. I have changed approach radically and rather than using these calculations I have used the matrix of these calculations instead or rather the synchronic chronological scale which does not tell us explicitly how long a given king reigned but obliges us to work it out ourselves by giving us the details of the calculation: King X of Judah began his reign on the XXth year of reign of King Y of Israel.

As far as I am aware such an approach has never been taken with the result that the latest and most complete work on the chronology of the Kings, i.e. The Chronology of the Kings of Judah and Israel by G.Galil, once again bases its repudiation of the logical-chronological validity of Kings 1-2 on the calculations of its biblical authors, who often made errors or their scribes did, because if we do the sums ourselves we find differences of as much as twenty-five years with those in the Bible.
Now I’ll move on to the illustration of a real case which indirectly impacts on the work of all scholars (Albright, Anstey, Nobile, Balzaretti, Thiele) because all of these used calculations which were second-hand and mistaken to boot. Clearly, then, all the synchronisms between Judah and Israel are lost as a result. One last suggestion which you’ll find in the key too. Don’t be mislead by the dating of the various reigns. We are looking for logically and chronologically valid synchronisms of the Kings by which, paradoxically, we could date David not to 1010 B.C., as the author we are considering here, Galil, does, but to 1010 A.D. and our thesis would not change. I ask you to reflect on and understand this fundamental aspect immediately. Otherwise you might be disorientated.
Let’s take the glaring case put forward by greatest international expert on the matter, G.Galil. This scholar supplies us with two cases of missing synchronism. The former relates to the years between Jeroboam and the death of Jehoram, both Kings of Israel, and those which passed from the crowning of Rehoboam to the death of Ahaziah, King of Judah. He argues that these should be identical because Jeroboam (Israel) and Rehoboam (Judah) were crowned the same year while Jehoram (Israel) and Ahaziah (Judah) died the same year as a result of the revolt of the Jehu. As they are not identical Galil deduces that the Chronology of the Kings, as it stands, is unreliable or misleading. Let’s see if this is the case with my approach too, whether or not, that is, the indispensable synchronism is there if we work it out from scratch.
What we are looking for, then, is the synchronism between Judah and Israel in the period of time from Jeroboam to the death of Jehoram for Israel and from the crowning of Rehoboam to the death of Ahaziah for Judah. Let’s take the chronological table at the end of this discussion and concentrate on the section containing these kings. Now let’s take a look at the dates for Jeroboam and Jehoram of Israel. We find here that the former king was crowned in 909 B.C. while the death of Jehoram is dated to 816 B.C. According to Galil’s reasoning we should find an identical number of years for Judah and this does not occur according to his calculations. Now, our table shows that Rehoboam of Judah was crowned in 909 B.C. while the death of Ahaziah is dated to exactly the same year as the death of Jehoram of Israel, i.e. 816 B.C. producing a perfect synchronism (93 years for each reign).
Let’s look now at the second of Galil’s inconsistencies. Here he once more argues that the same number of years should pass between schism and death for both Israel and Judah, that is, respectively, between Ahab of Israel and the XVIIth of Jehosophat of Judah. Look at the table once again and you’ll notice that both cases show a timescale from 909 B.C. to 830 B.C. giving another perfect synchronism.
It might be argued that Galil has been more accurate than me in his calculations and that he has considered factors that I have neglected. This is not the case and I’ll demonstrate it. As far as the first example is concerned, he holds that the total number of years of the kings of Judah is 95, the same figure, that is, that we obtain by simply adding together the years of the individual reigns just as was proposed by the biblical author. Galil, therefore, has not used alternative sources but rather the Bible that we all know. I ‘imagine’ that if this is what he did for Judah, he did the same for Israel.
What many have not appreciated is that my figures add up simply because I did not rely for convenience on the calculations of the biblical author but rather recalculated all the figures myself. Essentially then, the biblical author or the scribe made a mistake and everyone who has since relied on this has made the same mistake. In order to check the truth of my assertions, all you need to do is to attribute to David any of the values indicated by scholars and do the sums: you will always find perfect synchronisms.
I hope I have outlined and resolved the issue. I realise that a little patience is required to get into the cold logic of these numbers but it is worth it because the reliability of two whole biblical books is at stake, the backbone without which the living muscle tissue of the prophets cannot function because this is the measure of the prophetic power of Ezechiel, for example. With the exception of the Kings chronological coherence, the too quickly dismissed issue of the historic reliability of a fundamental part of the Bible, Kings 1-2, is completely re-opened. No-one will in future be able to argue that a coherent and linear chronology of the Kings does not exist or that these books have no chronological value. This is the issue at stake.

CHRONOLOGICAL TABLE OF THE KINGS OF JUDAH AND ISRAEL

Key
1) Underlined numbers refer to the kingdom of Israel.

2) The table has been created considering the Ist year of David’s reign according to G.Galil.

4) As I have said, I ask you not to take account of the dating of individual reigns because our task here is the logical and chronological reliability of the Kings using a calculation which has nothing whatsoever to do with the exact dating of the various reigns. Paradoxically, we could date David not to 1010 B.C., as Galil does, but to 1010 A.D. and our argument would not change a single iota.

5 pensieri su “The synchronisms of Kings 1-2: an insolvable problem or simply a question of approach?” 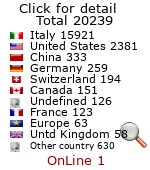